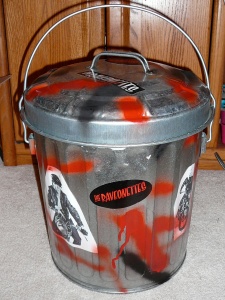 This one will be short and sweet, but a fun exercise in detail.

Last week I wrote about how to make sure your short story gets the essential elements it needs just by asking yourself four simple questions. After peering back into my college days as a Creative Writing Fiction Major, I found I had another tip to help with some detailed characterization of your protagonists. This applies to short stories and novels alike – we all want fully fleshed-out characters in our writing who are both believable and with whom we can easily empathize in some way. This exercise really helps to dig some of those dirty secrets out of your character’s daily living, as well as confirm what you may have considered to be obvious traits.

This is a very simple exercise. Pick a character you’d like to focus on. It might be your protagonist or antagonist (if you have one), and it might even be a minor character that still has a significant impact to the story – one which you may be struggling to fully comprehend in your writing.

Make a list of 20 things you would find if you rifled through your character’s trashcan. It can be any trashcan from the bathroom, kitchen, bedroom, office, or one that encompasses them all.

*Most of the time, the little things we leave behind are the best descriptions of the lives we lead. Why should your characters be any different?

If that was super easy, and you’d like to delve a little deeper, pick 5 items from that list that your character would remove themselves so nobody else could find them. That’s an extra level into the brain makeup of your character. You get to see your character on an everyday basis, plus the things to which they feel a rather extraordinary attachment.

I’ve done this exercise many times myself, and I promise it packs a punch. If this doesn’t give you an insight into your own character’s habits, hobbies, insecurities, vices, and pleasures…I don’t know what will.

Try it out, and I’d love to hear in the comments below how this worked for you.

One thought on “Getting to Know Your Character: An Exercise”