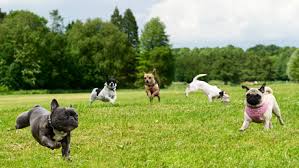 There is a phenomenal dog park near our home in Northern California. It shares the park space with a skate park, tennis courts, playground, camping ground, tons of trails, and a tiny creek with a bridge. It’s the only dog park that we have taken dear Sadie and Brucewillis to meet new friends, and they seem to really like it. Brucewillis runs around from clique to clique, sometimes making friends, sometimes getting a little beat up on, but never taking himself too seriously. He’s a puppy, after all. Sadie could care less what the other dogs do, as long as they don’t try to take her tennis ball from her when she tosses it to the ground at my feet every minute. She’s that fast (and I don’t throw very far). They get their hour and a half of freedom and friendship, and I get to…watch.

A dog park is a very interesting environment, for a human. And there is etiquette, for those of you who don’t have a furry friend/monster. I can’t just pack up my laptop and sit on a bench, writing and working while my four-legged children run and play. I can’t be immersed in my phone, or eat my lunch. Not that I would want to do any of those things (maybe the lunch), but it’s impossible at a dog park. Or at least, it’s very bad manners, and may even be grounds for expulsion.

You must be ever vigilant at the dog park. If nature calls, you must be prepared with a plastic bag. Trust me, it’s less humiliating to hover over your dog in anticipation than to hear from across the way, “Your dog’s pooping! You need to clean that up! It’s over there!” If another dog feels like a bully, or your own woke up on the wrong side of the dog bed, you have to make sure they behave. Dogs don’t put their emotions behind sarcasm and fake niceties. If they don’t like each other, everybody knows. And they’ll figure it out. A lot of people think that the best way to handle a bout of canine fisticuffs is to scream in high-pitched tones, like Death itself is coming, run circles around the fighting dogs, and pull their own hair. While it’s an amusing spectacle, it really messes with the dogs themselves. I have seen a dog’s aggression skyrocket amidst the human screams of terror, because then they get afraid. Then they feel like they need to protect and serve. I have had to remove my own dogs from a scuffle, but it’s done with a sharp holler of their name, an approach, and a hand signal for them to lay down (they’re pretty well-trained). Then I distract them with a thrown ball or a silly dance, and everything goes back to normal.

In my opinion, the worst thing one can do in a dog park is to bring your dog out into the open space with so many trees and smells and friends, and not take them off the leash. What is the point? One lady the other day had committed this atrocious doggy crime, poor sweet dog of hers, and then got mad at Sadie for coming over to say hi. Well, I don’t need to say it, but I will. That’s what they do! Let the poor animal be an animal!

Beyond the unstated rules and regulations of the place, I’ve noticed that a dog park is one of the most awkward social human settings I’ve ever seen. Of course, the goal of going is to let your dog run around, to socialize them and give them something exciting to look forward to. A lot of people do not go to the dog park to socialize themselves. Sometimes, you’ll see the same people over and over again. You’ll know the dogs’ names, but not the owners’. You’ll come to learn the dogs’ breed, personality, character flaws, and life goals. But not the human’s. And all this just from simple observation. You can be talking with someone about your animals one minute, and the next one of you is walking away to pick up a steaming pile, or simply to leash the dog and take them home. No goodbye is required. No “see you later” or “have a good day”. It is completely acceptable to not talk to anyone at all. Even when your dogs are playing, or when yours walks up to them and tries to get that person to scratch “the spot”. Human societal rules do not apply here.

However (and thus the point of my diatribe), a dog park is the perfect place to be a complete dog owner nerd. I know that people who don’t have dogs can sometimes be annoyed by those who do. We dog owners like to talk about our dogs like they are real people, about what they like and don’t like, the cute little way they ran into the doorway, the time they did a trick and thought they were “all that”. Some people can’t understand the enthusiasm – they’re just dogs! But to those of us who don’t have human kids, our dogs are our children (I admit I wonder how people talk about their dogs when they do have kids). But at the dog park, the most frequent topic of conversation is our dogs’ personalities. We owners can talk for hours about the psychological makeup of our pets, the different ways we incorporate them into our lives and how they make us better people. It’s totally normal. We have the doggy bug. And sometimes, with certain people, you have to be careful about turning the conversation toward people subjects. It can get awkward really fast.

I have found though that if you can hone certain skills, it’s possible to get to know the person beneath the shaggy coat of hair. For the most part, as long as you keep the conversation returning to the dogs, and don’t spend too much time focusing on getting to know the person you’re talking to, you can really learn a lot about somebody. It’s a whole different kind of cat and mouse game (or dog and ball), and I have come to know some pretty fantastic people on these daily trips to the park.

The point that I’m trying to get at here is that dog people are weird. I’m pretty weird, and I love my dogs. But weirdness and social ineptitude do not exclude people from having lives, professional careers, interests, and hobbies. I’ve managed to form a little Doggy Park Network, having handed out and received business cards, met other fiction authors, learned about my new town from indirect stories and comments. And if you can network on a personal and canine level at a dog park, I’m pretty sure you can make it anywhere.

One thought on “Dog Park Networking”